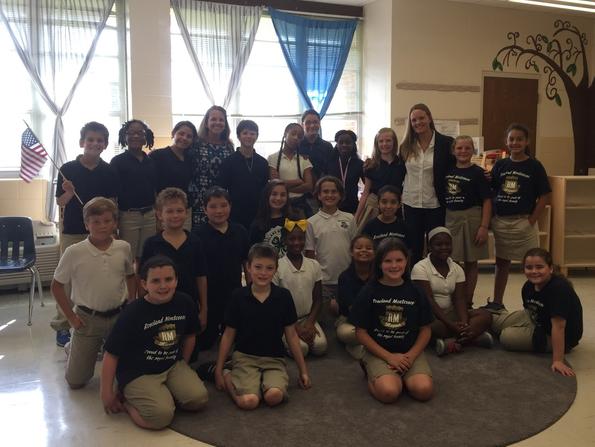 On September 17, 1787, forty-two of the 55 delegates to the Constitutional Convention held their final meeting. Only one item of business occupied the agenda that day, to sign the Constitution of the United States of America. The signing of the Constitution, a document designed to clearly define and separate the powers of the central government, the powers of the states, the rights of the people and how the representatives of the people should be elected, is celebrated across the nation every year on or around September 17th.

In 2016, the LCLCE organized 68 presentations statewide. Forty-Seven (47) judges and attorneys made presentations at 34 schools reaching just over 2600 students. To view photos of the 2016 programs, click here.

Thanks to all the Judges and Attorneys who helped make Constitution Day a success!